At the time of writing there is no docker-machine driver to create the Windows Docker VM's. And my laptop at work is still running with Windows 7, so I have chosen VirtualBox as a local hypervisor instead of Hyper-V. 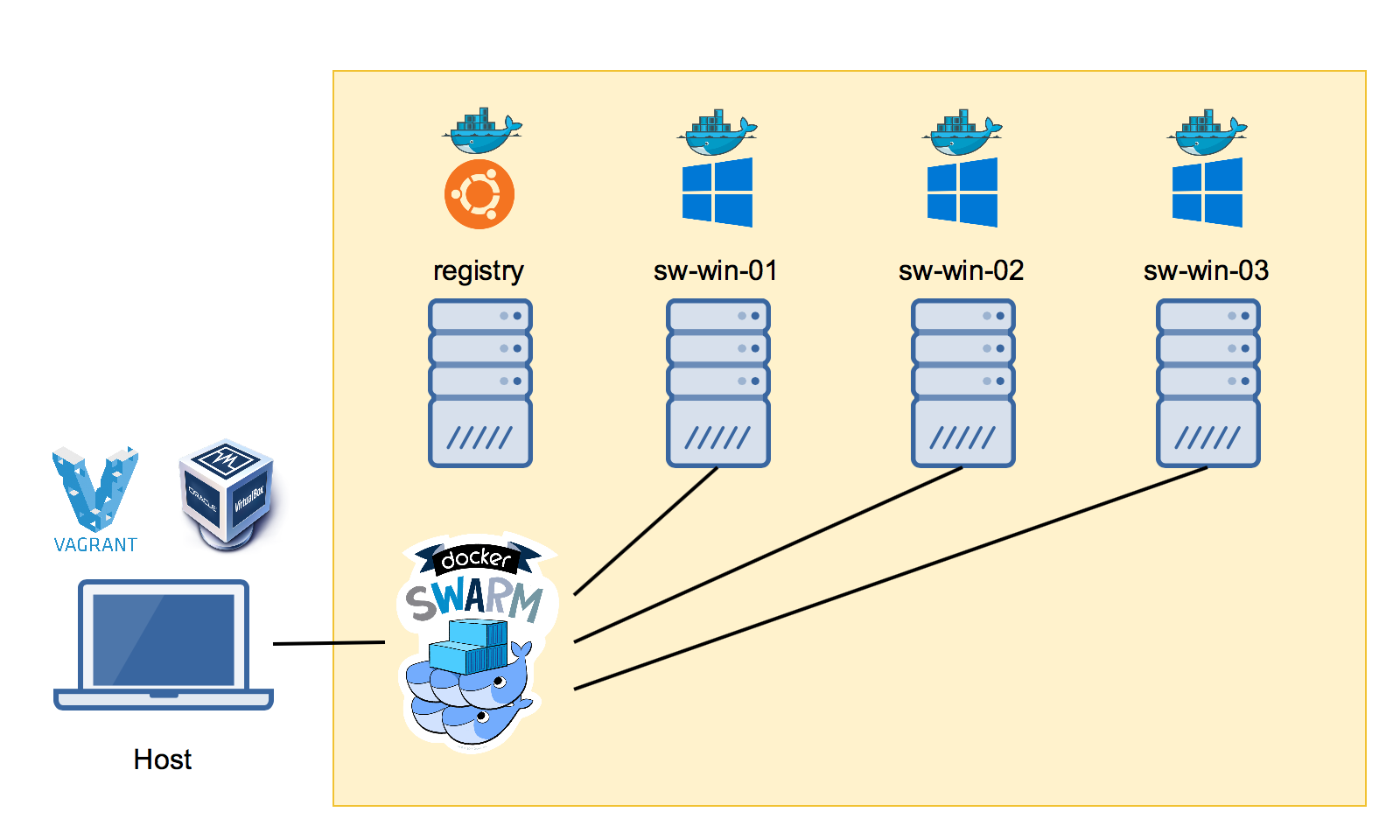 As you can see in the diagram there also is a private Docker registry. I just want to show you that saving and restoring Windows Docker images is just as easy as on Linux.

A laptop with 16GB memory is capable of running this setup. With less memory, just run only two of the Windows VM's and reduce the memory setting.

If you like to follow this tutorial you need some tools on your host machine. Pleas keep in mind that VirtualBox does not work with Hyper-V on the same machine. My preferred way to setup a Windows machine is by install the software with Chocolatey. So these are the steps needed for the host tools:

Before spinning up the swarm you have to build the Windows Server 2016 VM with Docker installed. As I'm a big fan of automation I do not click through the installers, but use Packer and Vagrant to build and run local VM's.

Before running Packer you should register to the technical preview evaluation and accept the license for the Windows Server ISO file.

The next step is also very easy. We clone the repo with the Vagrantfile for the Docker swarm and spin up all boxes.

One after another the VM's are booted and provisioned with the shell scripts provided in the scripts folder.

The Linux box registry is used for the Docker Swarm manager and a Docker registry.

The Windows Server 2016 TP4 machines that spin up a Swarm container to join the Docker Swarm. The Docker Engines have a connection to the insecure registry running at registry:5000.

The Docker Swarm is built and all Windows VM's have joined the swarm. You can check this by connecting with the Docker Client to the Swarm Manager. 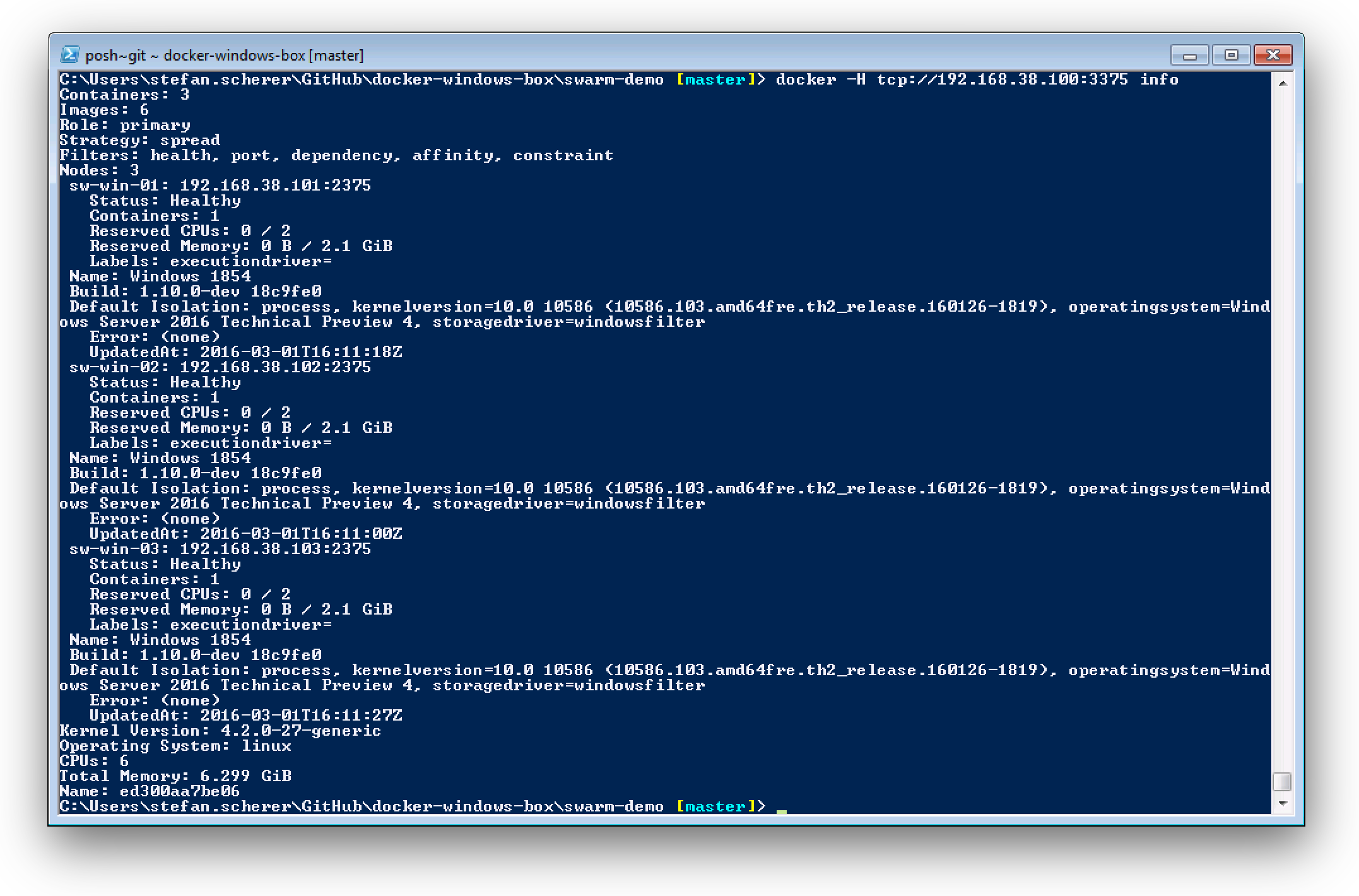 Run containers in the swarm

For a very simple demo we now run three containers that are spread over all three Windows Docker Swarm agents.

As you can see the containers are running on all different Docker nodes sw-win-01 ... sw-win-03.

With the local registry you can push and pull Windows images from it and safe your work. The registry files are stored at your host so it is safe to destroy all VM's if you do not use them.

I hope you have enjoyed this tutorial. In a future blog post I probably show how to build a Windows Docker Swarm in Azure or in Hyper-V.

In my last blog post I showed how to run a Windows Docker Swarm. That tutorial just used a…

How to create a 32bit boot2docker for x86 CPU's